The future is coming. Digitalization 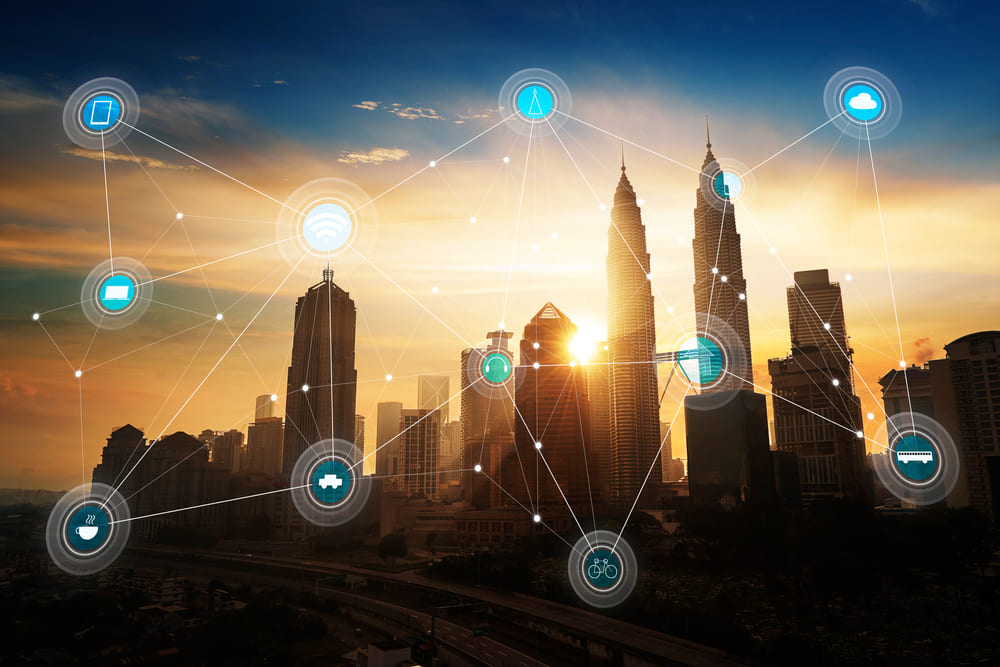 In the age of a rapidly changing world, digitalization is a distinguishing feature of those who invent things and implement them to create tends. In other words, the era of followers and copy-pasters is over. On the other side, re-invention is a term that perfectly characterizes digitalization through the Internet of Things (IoT): how traditional businesses rethink an established way of doing things and shift to a new, digitalized concepts to prove their lead. For many, the digitalized future is full of fear and uncertainty, while the others are enthusiastic towards novelties which become possible thanks to digitalization. So, is the digitalized future sunny enough, or are there many clouds ahead?

According to the general definition of digitalization, it refers to “the changes associated with the application of digital technology in all aspects of human society.” Also, it represents the “ability to turn existing products or services into digital variants, and thus offer advantages over tangible product.” Digital transformation is powered by the exponential development of information technologies and their implementation not only in daily life but in the intra-business process as well.
In essence, digitalization represents a non-zero-sum game where all stakeholders receive benefits:

PROS AND CONS OF DIGITALIZATION

The discussion of digitalization is not comprehensive enough without evaluating its advantages and disadvantages.
Arguments for

1.Increased efficiency: a digitalization results in greater efficiency on all fronts.

2. Minimized time-to-market & throughput time: the customers are satisfied in a faster, leaner, and smarter way as it takes minimum time for a product or service to reach a target audience after the manufacturing processes.

3.Better weighted insights: due to machine learning algorithms and IoT, it becomes possible to analyze a considerable amount of data for decision-making.

4.E2ES: it becomes easier to integrate end to end solutions into the supply chain.

5. Greater opportunities for economic growth: as the limits of the traditional manufacturing economic growth are almost reached, there is a big room for a digitally powered economy to gain new upswings.

6.Improved end product: the point is not in producing the products in a better way, but rather to manufacture the products with improved properties and updated features (like those offering greater functionality and smart add-ons).

7. Technology motivated competitiveness: only the technologically savvy enterprises will be able to compete at high stakes and stay on the top

High costs of implementation
New technology requires bulky investments. The upfront cost of implementation is often too high so as the SMEs (small and medium-sized enterprises) could afford them. From this point, digitalization is only within the pocket of the large players with an established name. Hopefully, digital transformation can be done phase-by-phase, rather than in an overnight manner.

Increased risk of outdated technology
As technology is developing every day, the current one can become obsolete with months in the best light. A company might not manage a full transition to a new strategy as a way of doing things is changed. With this in mind, it is imperative to invest not in the technologies which are less likely to be replaced but those which can evolve and transform with digitalization.

DIGITALIZATION AND IoT: IMPACT ON BUSINESS

IoT has become an attributive element of digitalization. A Swedish company IFS reports in their 2017 survey that IoT and digital transformation are closely related. Their interconnection is especially visible in the industrial sector. Among the key takeaways of the survey are the following:

All these facts indicate that IoT is the underlying technology that powers digital transformation.

With the help of IoT, a business can benefit from digitalization in several ways:

Currently, there are numerous realms where digitalization has meaningful effects. Every time when choosing a hotel for a family vacation or a business trip, we unconsciously use the Internet to browse available options and Google Maps to estimate location. Our smart homes are equipped with wireless sensors of gas consumption to prevent leak, intelligent garbage bins to report when they need to be emptied, smart lighting, heating system, etc. There are also smart cities, where the drivers using an app can easily find a free parking lot thanks to the sensors which monitor the city space. This list is not full, and what’s the most intriguing, even more useful innovations are on the horizon.

Digitalization is not an optional way of doing business; it is a new requirement the enterprises must meet to succeed in the new digital era. According to John Chambers, Executive Chairman in Cisco System, “At least 40% of all businesses will die in the next 10 years… if they don’t figure out how to change their entire company to accommodate new technologies.” Digital transformation means provides not a simple improvement of the current framework. Indeed, it is an across and out of boundary renewal of all processes, ways of communications, and interactions a company has. There are lots of bright examples of digitally savvy companies that lead the industry. Some of them are relatively young but have managed to supplant the established players and transform the entire industry. The future is not far, and digitalization makes it closer.