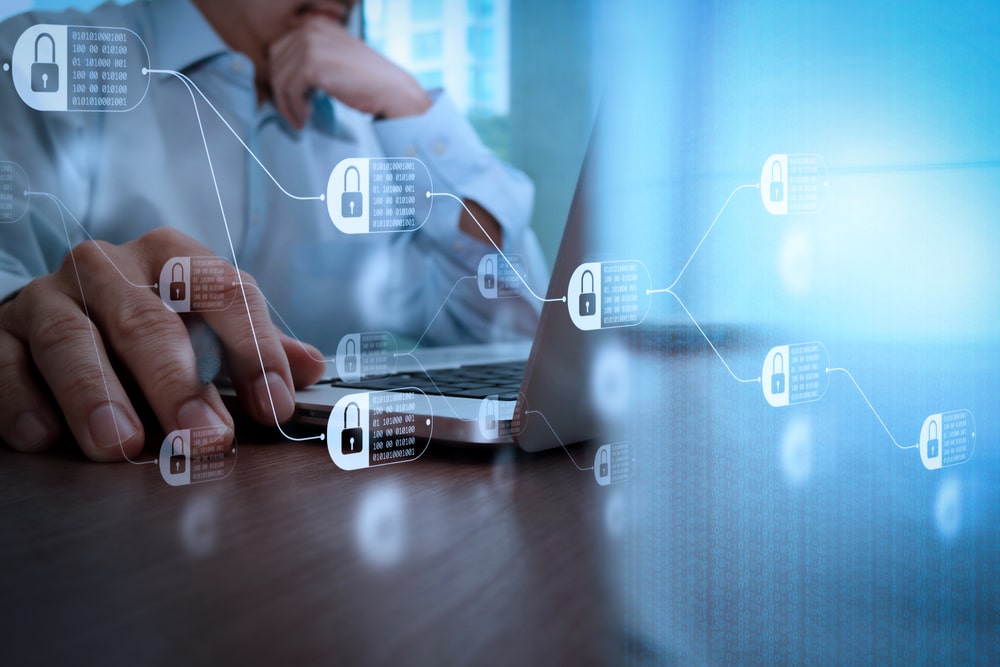 For many in the financial niche, decentralization has become a hot topic in recent years. Blockchain and distributed ledger technology (DLT) are two buzzwords that are used alongside this trend (with blockchain being a little bit “louder”). While some may mistakenly use these terms interchangeably, the difference is though present. The crypto boom made many financial institutions such as banks, governments, and large corporations to overthink their current strategic development and adopt distributed ledger technology and blockchain to compete. With this in mind, it becomes critical to distinguish two notions and drow a clear line between them.

What Is Distributed Ledger Technology (DLT)?

Keep it simple, distributed ledger technology is a decentralized database distributed across several nodes. Each node has its copy of a ledger, and each node has equal status in terms of authority. It means that a need for a central authority is eliminated. If any change of data happens withing a particular node, the rest ones are updated too so that each copy will store the same data. All the data is accurately secured by cryptography. It reduces the vulnerability of distributed ledger from the cyber-attack, as to hack the system successfully, each node should be attacked simultaneously. There are several solutions that can show how DLT can be applied: Hyperledger and IOTA. Hyperledger Fabric has been used to design proofs of concept in fields like document management, finance, also supports smart contracts to ensure transparency. IOTA is described as a next-generation technology focused on use in the IoT as a ‘ledger of things’.

What Is Blockchain Technology?

The blockchain technology comes from the DLT. To be more clear, a distributed ledger is a parent technology. Over time, blockchain raised its popularity and became more recognizable than the initial concept. Being an advanced version of distributed ledger, the blockchain technology uses multiple methods to achieve a consensus after new records are stored to history. That is why a blockchain is a type of a distributive ledger, but not every DLT is a blockchain. Ethereum is an example of blockchain-based platforms and provides the basis for many applications, as well as a means for transferring value in the form of cryptocurrency.

Sequence of data
In the blockchain, every block has its particular order. In other words, there is a sequence of blocks that cannot be changed. At the same time, a distributive ledger does not require the state to be stored in a specific sequence. Again, this aspect of a blockchain stands out the technology from the DLT.

Consensus
While consensus is essential for any DLT, to reach a consensus in blockchain, the developers can use multiple methods. With Power of Work being the most popular, there are also such algorithms as Practical Byzantine Fault Tolerance, Proof of Stake, Proof of Burn, etc. For a blockchain, it is important to choose an algorithm wisely, as it cannot work without it to verify each transaction accurately. A distributed ledger does not need such kind of consensus.

Real-life implementations
As mentioned before, blockchain takes the lead on distributed ledger technology in terms of dissemination among developers, it accrues more real-life implementations. However, more and more efforts are made to dive deeper into DLT itself. Despite the forecast that the blockchain market size will climb to $23.3 billion by 2023, the whole market is slowly changing its vector of development, opting to a whole distributed ledger technology as such.

A need for tokens
Comparing DLT vs. blockchain in terms of tokens use, the first one does not require to have tokens or any other currency in the network. Instead, for any blockchain network, tokens play a fundamental role.

How To Benefit From Blockchain And DLT

All the data stores in the distributive ledger can be easily controlled thanks to the transparency. DLTs like blockchain are especially useful in the financial sector. The decentralized nature of the network offers a high level of security and data protection. Also, it minimizes transaction time in many times and cuts down on operational inefficiencies. These two upsides save a lot of money for businesses.

Blockchain and distributive ledger aim to subvert the traditional financial institutions with their centralized systems. Interestingly, the Bank of England plans to update its Real-Time Gross Settlement (RTGS) system implementing blockchain and DLT. Such shifts show that government institutions see the perspectives in these technologies as well to work with fin-tech firms.

Ultimately, the discussion above explains that these two technologies are not the same; however, they share common features. Both technologies are designed to provide a range of benefits. It is fair to state that DLT is a parent technology for blockchain, but not every blockchain network can be called a distributive ledger. Still, many use the terms interchangeably either to distance from hype and volatility or capitalize on the interest. Regardless of the motives, these technologies frame the future and set the vector for further development. With this in mind, it is much easier to identify the self-proclaimed guru who shouts out loud “blockchain is the future.”